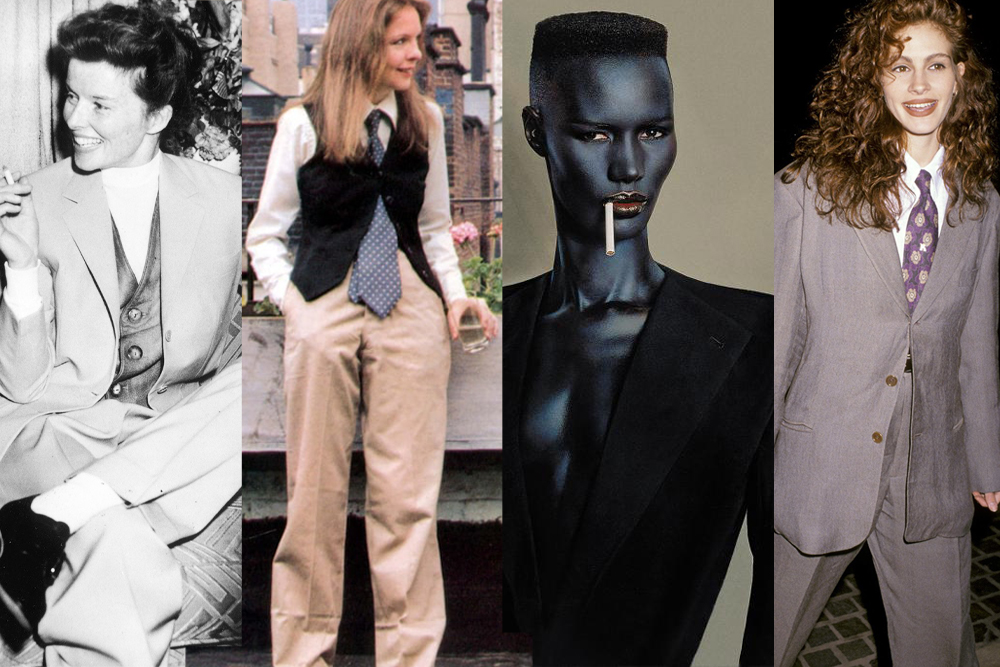 “You can bind my body, tie my hands, govern my actions: you are the strongest, and society adds to your power; but with my will, sir, you can do nothing.”  -George Sand, Indiana, April 1832.

2019 has already proven to be a really weird year. And, I say that with a semblance of authority — I’m a historian, I know a lot about weird years, so I know one when I see one. Every day there is a new catastrophe, a new tragedy, a new obscenity. It is frustrating and exhausting. For those of us living in a democracy, whether direct, representative, parliamentary, or presidential, the temptation to stop looking and avoid the weird is very high. Unfortunately, or fortunately depending on your perspective, we can’t. It is our job to run the government, and we can’t claim to be proud of our respective nations if we deliberately shirk our responsibilities as citizens. We have to pay attention, and we have to make changes to try to perfect our imperfect union. So, we watch debates, vote, and protest in an effort to flip the governmental script.

Now, I’m all for a good get-out-in-the-streets-and-burn-this-mother-down type of protest. It is actually what I study — the history of civil disobedience. Protest is woven into our American DNA, from the Boston Tea Party to the Women’s March and all remonstrations in between. Our right to dissent is protected by the Constitution, and it is inseparable from our history. And, it is not only we who take to the boulevards to make our voices heard — the spirit of defiance is more a human characteristic than it is a feature of governments. There is something visceral about marching and chanting — it is cathartic to be out amongst fellow humans doing instead of watching; it is empowering. But, as positive as that sort of protest is, it has inadvertently led to the trivialization of any dissent that doesn’t involve a great deal of poster board, sharpies, and sturdy walking shoes. The truth is, the marching isn’t what makes lasting change. It isn’t the number of bodies in the street, the volume of your voice, or the quality of your sign — it is the altering of societal perception that brings around permanent change. It is people living their lives in defiance of the norm; it is We the People engaging in a conversation that normalizes concepts once deemed unspeakable. The march, in other words, is just an instigator — an ice breaker. The important thing is to get the conversation started and there are a great many ways of doing that. In fact, major societal change can begin with something as simple as putting on a pair of pants.

In November of 1800, the prefecture in Paris determined that women would be required to apply for a permit in order to wear trousers. In addition to the completed application, Parisian ladies would require the notarized signature of a medical professional that testified to the necessity of wearing pants as well as certified signatures of more than one government official. At the time, the chief argument for such legislation was tied to the revolutionary origin of pantaloons, which rebellious women had taken to wearing as a sign of political equality. Yet, as time passed and the radical sentiment faded from philosophical fashion, the law remained in place and was even strengthened. By the mid-1800s, women charged with such an offense to human dignity, even if the offending garment were hidden under voluminous skirts, were subject to fines, public humiliation, and even jail time. Interestingly enough, no contemporary laws were put in place at that time to prevent a man from wearing a dress — such laws appear much later, with the moral outcry against homosexuality that will explode across Europe in the latter part of the century. It is that lack of equity in the wardrobe laws that is critical to understanding why the permit was required in the first place. Pants, if you will, were viewed as the gateway drug of the female wardrobe. The fear was that if you allowed a woman to wear pants, she could then dress as a man. This was bad because if a woman was dressed head to toe as a man, she could pass as a man in public and then gain access to the men-only sections of society. Which would never do you see, because women on the whole were inferior to men — they served as a distraction to the male intelligentsia, they brought down the level of discourse, and they made true philosophical advancement impossible. So, not only for their own safety, but for the safety of all of Parisian society, women could not be allowed to wear trousers. And thus, the law made pants a symbol of the social and political oppression of women in Paris and across the globe. Which was probably a bit of a mistake. After all, it gave some of the more rebellious female denizens of Parisian society something specific to fight.

There were dozens upon dozens of women who defied the Parisian law and donned trousers. Most famously, and most convenient for the purposes of this article, is the writer known as George Sand, Amantine Dupin. Dupin brazenly dressed not only in trousers, but in a full boy’s suit in public and, as if that weren’t bad enough, scandalously puffed on cigars while doing it. Oh, and much to the chagrin of the rigid upper classes, she did all of this without a pants permit. It is important to note that she never hid the fact that she was a woman in male attire — in fact quite the opposite, she relished it. She brandished her tweeds and soft cap like a sword and sliced her way into venues from which women were traditionally banned. She engaged in intellectual discussions with the great minds of the day and had affairs with an equal number, including composer Frederic Chopin. She wrote books that women of her social standing weren’t permitted to read let alone write, and avidly advocated the philosophic ideals of Pierre Leroux. Yet, no one stopped her. How could they, really, what with her fame and charm and privilege. Instead, her pants wearing became the subject of debate — a conversation was started. Men like authors Jules Sandeau and Victor Hugo had to take a side when discussing Sand’s choice of outfit, for or against, and had to bolster their arguments and justify their opinions. Shockingly enough, despite her pants wearing and ardent intelligence, the world kept spinning as it should — society was not upended, not all at once in any regard. And, George Sand is just one of the dozens of women who donned men’s wear — some with permits, some without, but all with style. Gradually, the tone of the debate shifted — people began to ask not “why should women be allowed to wear trousers?”, but “why shouldn’t they?” And in that verbal shift, everything changes.

In 2013, Paris finally got around to repealing the pants permit law, but by that point it was obviously a moot point. The only reason the law had not been removed earlier was because no one wanted to waste the time and tax payer money it would require. And, why was the law ignored? Because women had worn pants, in public, both with and without a permit — and the world kept spinning as it always had. God’s judgement did not reign down upon Paris, or any of the hundreds of other cities across Europe and the Americas that passed similar laws, just because women donned trousers. Many women even penetrated the male inner sanctum, and we all know how they feel about having their inner sanctum penetrated — and it turned out they enjoyed it. Contrary to the accusation that it would undermine debate, it actually improved it. As time passed, things began to change, not at once but at last. Society not only grew to accept women in trousers, but to discuss the possibility that women may be equal to men in aspects outside the closet. Today, we still have a way to go to achieve absolute equality, but we have come so far. Most of the changes we have made have little to do with the government passing some laws and repealing others — they are made by us, the people, within society. We do not need to wait for the legislators to catch up, we can alter society today, simply by living our lives. So, next time you hear about a public protest taking over your downtown, by all means pull out the pens, get clever with your verbiage, and hit the streets. But remember that the change you want won’t be made by marching alone. Change, real change, is made by living your life in the way you believe all lives should be allowed to live —  in being, to paraphrase a quote of unknown origin incorrectly attributed to Ghandi, the change you wish to see in the world. And, sometimes all that takes is putting on your pants one leg at a time. 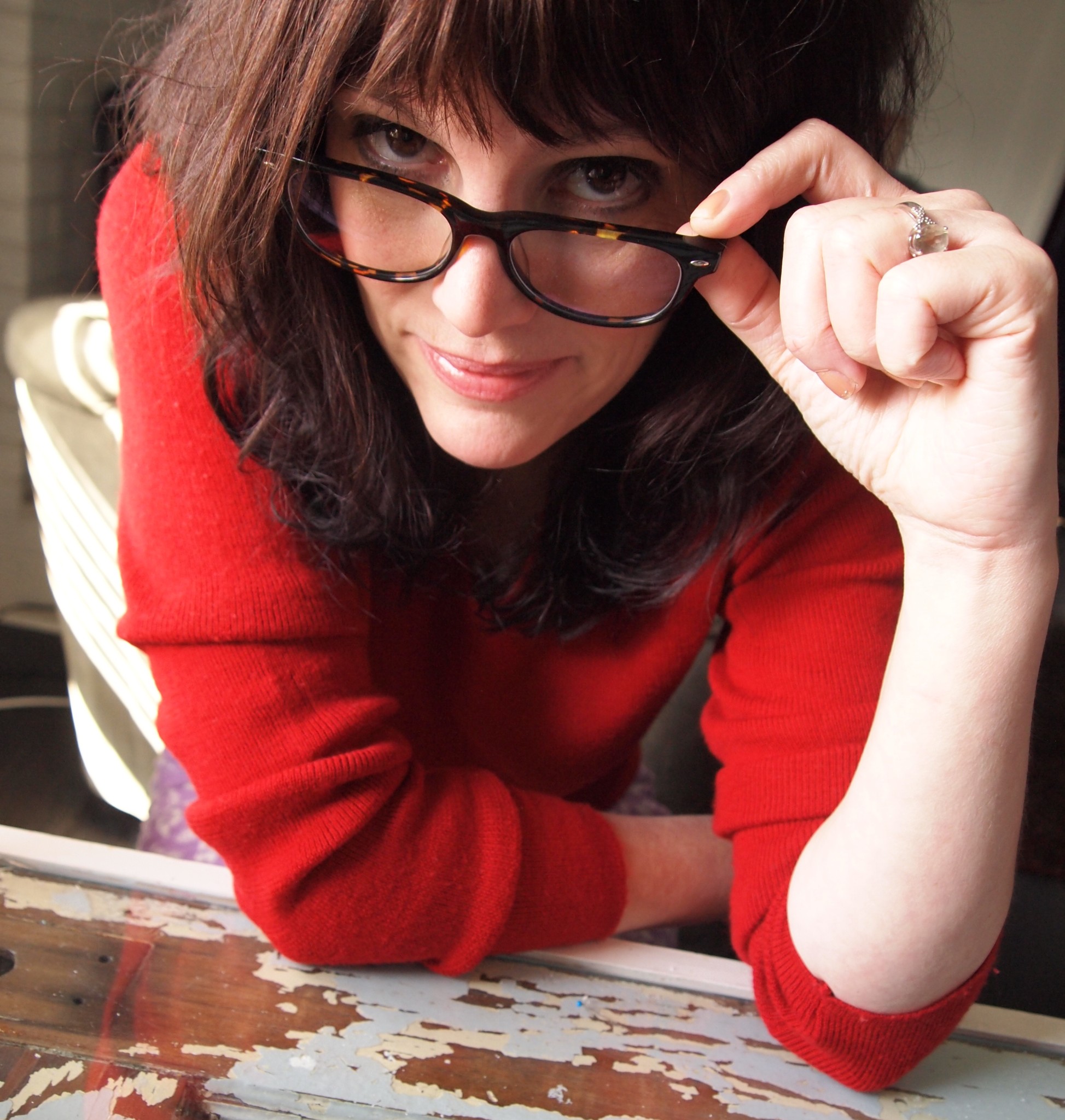 Taby Garman is a 40-something (very nearly 50-something) Associate Professor of History at Northeast State in the mountains of East Tennessee. When she isn't elbow deep in the archives, she likes beating her husband in the latest fps, drinking all the wine, and generally causing trouble in age-inappropriate ways.