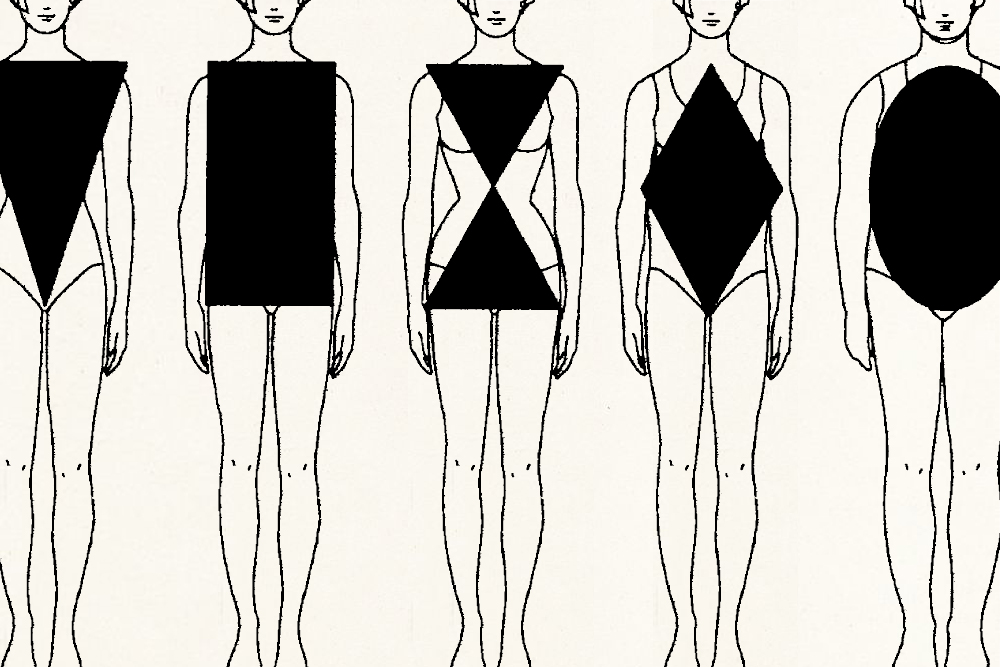 With the world poised to share its opinion of everything, is it possible for society to have an opinion without instinctively sharing what they think? And more so, with social media being practically a lifestyle, trolls acting as if they’re receiving royalties on their comments, and the beauty standards of the world ever-changing, is it okay to share your opinion of someone else’s body? Or more importantly, why exactly would you want to?

What exactly do you feel when you compliment someone’s body? I know on the positive side there can be feelings of uplift, attraction, or even jealousy, but why do you think this is socially acceptable? Especially sharing negatively on someone else’s shape? The answer is so deeply ingrained in societal acceptance, that it’s almost difficult to pinpoint specific reasoning.

The entirety of my existence I’ve been petite — both horizontally and vertically. I’d like to take credit, but ultimately, my stature (or lack thereof) has been dutifully credited to genetics. Since I was a wee little bow-legged toddler, my appearance has been at the center of an onslaught of opinions and comments. “Looks at her little legs.” “She’s so tiny.” And my personal favorite, “does she eat?” And so began my induction into the WTF Is Wrong With People section of my life; I aptly refer to it as WTFIWWP.

As surprising as it sounds, weighing on average 100-pounds for all of my teens and into my early twenties — naturally, I might add — I’ve heard the gamut of things you really shouldn’t say to people, especially if you don’t know them. Being asked how much I weigh by passersby? Been there, done that. Repeatedly, being asked if I’m anorexic? Jokingly or not, somehow, it’s never quite funny. My personal favorite was being asked do I eat. Just for fun, I’d toy with saying ‘no’ just to see how they’d respond. Because apparently, I’ve come up with a new form of existence where food is, you know, optional?

Granted, I know these were the extreme forms of body comments, but at its core, I’ve always questioned why people felt so comfortable to tell others what they think of their bodies, positive or not. The constant acknowledgment of my physical features, even positive ones, made me extremely self-conscious as a child and teenager. I’d wear baggy clothes — even in the summer — drink meal supplements in addition to eating my normal meals, and considered hormone therapy after a friend had done it. As I’ve gotten older, my self-consciousness has morphed into self-confidence, and I’ve become very protective of my appearance and relatively put a halt to others feeling, as though they can comment on it.

The thing is, a seemingly positive opinion can be just as detrimental as a negative one. Sometimes giving a positive opinion can make someone’s day, especially if it’s rare, and that’s great. Other times, telling someone what you think of their body plants a subconscious marker. That marker, whether good or bad, is conditioning a person on what they should or shouldn’t be. So, potentially, once a person who is of a certain size and shape gets positively complimented on their body shape, it sets a precedent that this is the body they should strive for to be acceptable, and the more comments they receive the higher the feeling to maintain their shape grows. This way, they keep getting compliments which, in return, make them feel self-confident, whether they’re aware of it or not. On the harmful end, it’s almost impossible for a person to keep a certain size. And, unless health is involved, of actual irrelevance. Whether through time, genetics, or childbirth, bodies often change and being unable to keep a certain size that you’ve been conditioned to need can cause anxiety and depression when it’s no longer obtainable. This additionally works when given negative comments. But, realistically speaking, why exactly do we need others to tell us how they feel about our bodies? It’s great to hear positive things about ourselves, but ultimately, the answer is we don’t…ish.

In a perfect world, we don’t judge others bodies — tacos are plentiful, happiness is constant, and Bottega Veneta is free. Although this is ideal, not having an opinion on someone is harder than you’d think. I once told a boyfriend that my goal was to live without judging others and he replied that that’s nearly impossible. This wasn’t meant to be negative, but realistic. “To see is to judge, whether good or bad,” he’d said. As much as I’d have liked to retort, his logic wasn’t flawed. Whether subconscious or consciously done, it’s instinctively within our mechanics that we look at others and form an opinion. It can be in the form of attraction, rivalry, or as simple as passing someone over without a second glance. Ultimately, we’re forming a quick opinion, although it’s how we act upon it that matters. If we want to give a compliment, we should strive to only do so when uplifting others, especially children. Never, ever, ever, comment on children’s bodies. Always try to remove body image and compliment on non-physical things. You’d be amazed at how many ways you can make a person feel good about themselves without mentioning their bodies.

In the end, we shouldn’t focus on other’s opinions with personal acceptance being the goal. Of course, that’s easier said than done, but if the goal is to be happy with ourselves then our self-worth won’t falter when comments become negative or unobtainable. And, if that’s the case, any positive comments would just be a bonus, and not a goal.

How do you feel about compliments? I know my ideas are rooted in my experience, so I’d love to hear how you feel?