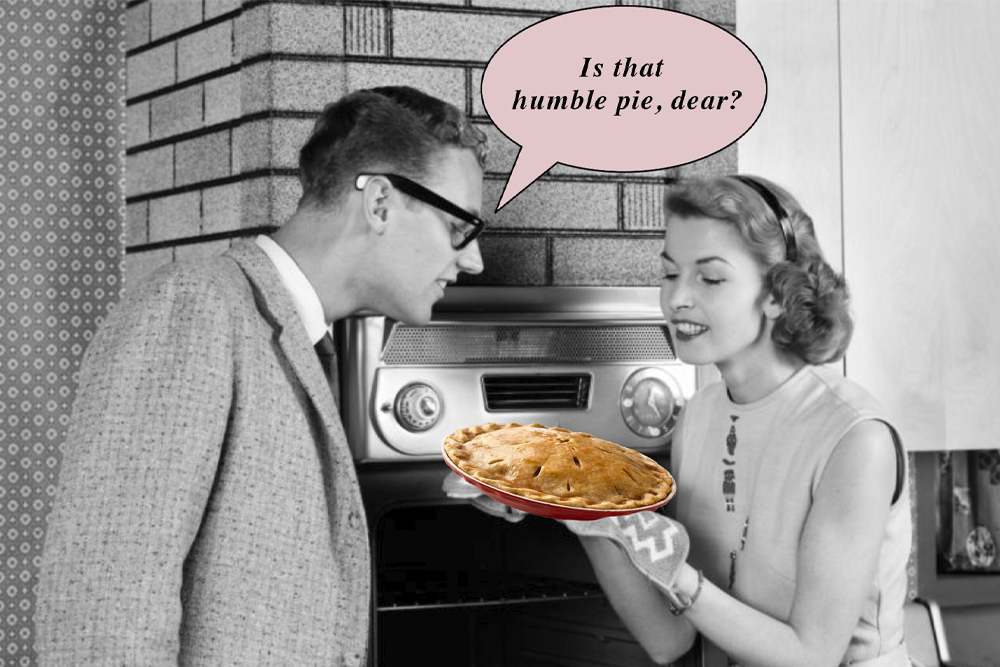 Marriage — the crazy roller-coaster ride of love, endless bills, arguing over what’s for dinner, midnight laughs in bed, morning breath kisses, honey-do lists, peeing with the door open, extreme partnership, and extreme resentment for as long as you both shall live. Making a lifelong commitment is hard. And when I say hard, I’m talking blood, sweat, and tears. Okay, maybe not the blood part, but spending any extended period of time with a person, no matter how much you like them, let alone deciding to spend the rest of your lawfully wedded life together can be an interesting ride.

My first marriage was a great example of all of the above. We were two kids who fell head over heels at 18-years-old. We had fun together, exploring what it meant to be adults and playing house until we got the hang of it. We were best friends and we loved each other very much. We had a good run for ten years, complete with high highs and low lows. And, we both got two incredible children and a life-long friendship out of the deal. When we made the decision to separate, we did so quickly, and chose not to go through any sort of marriage counseling or mediation. Our minds were made up and there was no strong desire to fix what had been broken. We decided we were better off as friends and that was that.

Fast-forward four years, I was engaged to my now second husband, we had a daughter of our own, and were about to make the walk down the aisle in front of our closest friends and family members — I was a stiff cocktail of emotions. My mindset was a one part completely elated: “I’m so lucky to have a man who loves my children like his own.” “I’m so lucky to have a man who loves and accepts me for me.”, and one part consumed with doubts: “My last marriage failed.” “Divorce was the biggest mindfuck I have experienced in my lifetime.” “What if this one ends up with the same shitty outcome?”

Needless to say, we said our “I dos”. The wedding was beautiful, and so began the rest of our lives together. We had another child — a son. We moved to a new state. We bought a house. We pursued new businesses together. And, just as expected, and like any marriage, we have our ups and downs. There are times that I have thought we jumped into this too quickly. Times that I thought I couldn’t be happier and that I married the most loyal and loving man in the world. There are also times that I have thought about divorce. Marriage is hard.

Through the stresses of a failing business, and everyone’s favorite real-life marriage conundrum — ahem, money — we’ve had a rough stretch. As a couple, we were disconnected and resentful. We talked about going to marriage counseling a few times, usually after a huge argument that left us both angry and bitter. But, I was skeptical. I was anti-therapy. I thought I knew myself and knew him better than any outsider ever possibly could, and find it hard to trust most “professionals”, for good reason. If I am being completely honest, I think there was a small part of me that wanted our marriage to fail when we were at our lowest point. So much so, that when a friend gave me three marriage counselor referrals and told me that the first one on the list performed miracles for her friend and her husband, I moved her number to the bottom of the list.

It turns out, I did call her first. She had taken a couple that was set on getting a divorce, and trying to do so amicably through mediation with zero desire to save their marriage, to somehow falling madly back in love with each other. I’m talking the I-want-to-rip-your-clothes-off-right-here-right-now, spend-every-waking-moment-with-you, magnetic, puppy love phase all over again. I decided that if she could bring us back to that point, then of course I wanted it. We had our first session in October, 2017. As we walked into her office, I felt uncomfortable, vulnerable, and completely unsure. During that first session I cried like baby, he cried like a baby, and we started on our journey to rebuilding the foundation of our marriage, stripping away resentments and criticism, eating several slices of humble pie, and learning to communicate and listen better. We started to focus on the things that we value and admire about each other — there are actually quite many. And, through these 50-minute meetings of talking about our quarrels and feelings in front of a stranger, I’ve realized that though my first marriage had failed me, it didn’t mean that my second one would do the same.

Marriage can be beautiful and lovely and deeply fulfilling. But, it takes work just like anything else be it a home, a car, or a house plant. They need maintenance, attention, and constant nurturing. And, so do relationships. Couples go through dark times, but it’s how you make it through them that matters, and ours survived some pretty impressive feats over the past few years.

We’re still at it a year and a half later — although not as frequently due to life’s excuses — but, I will tell you that $150 check we write each Friday is money very well spent. We still want to stab each other sometimes, don’t get me wrong, but we are consciously practicing appreciation, patience, communication, sacrifice, and acceptance on most days. Oh, and there’s a little more sex now, too. My husband is my teammate in life, and he’s a pretty damn good one. Couples therapy saved my second marriage, and deciding to go was by far the biggest and greatest gift that I could have given to myself, to my husband, and to our children. I am no expert on this thing called love. In fact, I am far from it, but what I do know is that we are a constant work in progress and good things take hard work. It’s a marvelous (sometimes messy) journey we’re on, but we’re on this potholed road together.