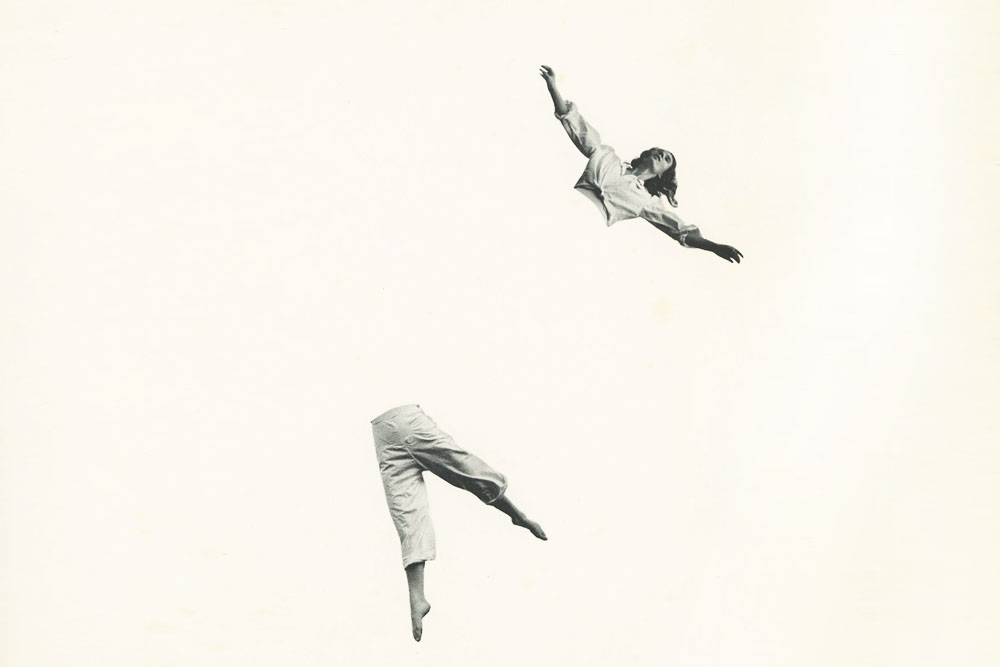 I think so many women (and men) struggle with the delicate topic of body image, no matter what their shape and size may be, myself included. In an attempt to practice vulnerability, and perhaps a little self-therapy through writing about something so personal, plus the thought of someone reading and relating and knowing they’re not alone, I want to share my headspace around it.

I have gone through phases of extreme dieting and exercise at different stages in my life — I was a teenager of the nineties and the predominant narrative surrounding our impressionable teenage heads were fashion magazines praising the paper thin and our role models were Kate Moss and company. Body image was something I struggled with, and to be honest, sometimes I still do. I think many humans (women especially) can say the same. But, I was also incredibly lazy as a kid / young adult. I hated exerting any energy that wasn’t absolutely necessary. I was the girl who would beg my friend’s parents for rides home after elementary school so I didn’t have to walk. I was the girl that failed middle school phys. ed because I refused to dress-out in our required gym uniform. I was the one who would ditch P.E. class in high school to get coffee and hang out in the senior parking lot. At the time, I could pretty much eat what I wanted without gaining weight. There was about a year and a half, from age 19 to 20, where I put on an extra twenty pounds, due to a comfortable relationship, underage drinking, and too much T-Bird’s pizza soaked in ranch dressing. After a bad breakup and a desire to “show him”, I joined a cardio kick-boxing class and became obsessive about going daily, sometimes taking back-to-back classes. I did this while my diet consisted of McDoubles and Jack-In-The-Box Curly Fries. What I’ll chalk up to youth and a fast metabolism, the weight fell off and my boyfriend and I got back together.

I want to clearly state that my weight loss was not why my ex and I rekindled our relationship — it was love, okay. Within a year I was pregnant with our son. I gained 50 pounds during my first pregnancy. All I craved was fruit salad, .99 cent cheeseburgers, and brownie batter, and all I ate was fruit salad, .99 cent cheeseburgers, and brownie batter — on a regular basis, mind you. Not the most optimal diet for a growing baby, but I was 20 and clueless. About nine months after my son was born, I managed to get back into my pre-pregnancy jeans — “finally,” I thought to myself. 18-months later, we had our daughter (I was 23), and I developed an auto-immune disorder which I learned later to be Graves’ Disease aka hyperthyroidism. I got very, very thin just two weeks after her birth, and could eat as much as I wanted and not move a muscle without ever gaining a pound. I loved it, of course. People made comments on my thinness and I soaked it up. When I hit 26, the Graves’ faded and my body naturally started to fill out. I looked like a woman. It felt foreign to me and I definitely struggled getting used to my newfound curves. I was not fat by any means, but in my head, I needed to lose a few pounds — I needed to get back to where I was. I managed to stay active from chasing two kids around all day and Saturday nights spent dancing until last call with my friends, but I was constantly watching what I ate to get back to that unrealistic goal I was fixated on. I even fell victim to the oh-so tempting gym membership, signed an expensive, year-long contract and I went exactly four times — big, huge waste of money. I was lazy, and would revert to dieting over physical activity every time. This was during the Y2K celebrity slim down era of Nicole Richie and Lindsay Lohan, when True Religion jeans and Juicy Couture velour sweatsuits reigned supreme.

Insecurity is a nasty little fucker. I, at times, would blame my mother for my skewed views towards food and being thin. We essentially grew up together (she was a teen mom and all of 16 when she had me). There was always “body talk”, the latest dieting craze, new aerobics VHS tapes to try, and a fridge stocked with SlimFast shakes. We even dieted together. The short-lived baby food diet is the one that sticks out mostly. We stocked our cabinets with jars of Gerber in an attempt to drop a few pounds. It didn’t work, so don’t bother trying. Of course, there were many factors that contributed to my disordered eating and body dysmorphia: fashion magazines, runway models, and the like. Back then, heroin-chic was glamorized and the thinner you were the more attention and praise you would get. I bought into all of it.

Now, over a decade later, and after trying every diet under the sun and the continual shift between jean sizes, I admit to myself (and to you) that I still struggle with body image. I think I struggle even more with the fact that I CARE at my age. I think we have this idea in our heads that as we get older, these shameful body “issues” will fade away with maturity, adulthood, motherhood… . I don’t think they do. Sure, they may not be as extreme as they have been at different periods in life, but that doesn’t mean that they won’t and don’t sneak back up on you when you least expect it. I still hang onto a pair of jeans that I had when I was a twenty-three-year-old with Graves’. It’s ridiculous. I will never, ever wear them again, which I know, but my brain tells me to keep them for reasons varying from maybe-one-day to a source of unhealthy motivation. I turn 40 later this year, and while my obsession to maintain a certain number on the scale and my desire to get back into that dusty pair of Seven For All Mankind has lessened, that never-quite-rightness still creeps up from time to time. I have learned how to tame the beast for the most part through years of trial and error, but I think these things stick with us and can be an infinite bumpy road well traveled. Hell, I know women in their sixties that still struggle.

I read this quote, which was uncredited, a while back and it has really stuck with me: “Those extra pounds, that place where your body naturally wants to be — that’s your life. That’s your late night pizza with your friends, that Sunday morning bottomless brunch, your favorite ice cream in the whole entire world because you wanted to treat yourself. Those extra pounds are your favorite memories, your unforgettable trips, your celebrations of life. Those extra pounds are your spontaneity, your freedom, your love.” I edited x number of pounds out of this quote — it’s subjective. The message behind the numbers is what counts.

I think it’s important for us to talk about this stuff. I have so much to say and could continue writing on this topic and all of its many variables for days. But for the sake of those reading, I’ll wrap it up with this: I am guilty of feeling the pressures (self-inflicted or not) and succumbing to them. I am guilty of feeling shame when my pants feel too tight and thinking about those things that I ate and shouldn’t have. I am guilty of body comparison, be it via my social media feed or in real life. I am guilty of “eating healthy” in the socially acceptable name of restriction. I am guilty of it all. It is an ongoing, tiring, wrangle within myself. For me, I am trying to practice body acceptance and self-love, more now than ever, because I am the role model for my daughters (and my sons). They see, they learn, they adopt. I am the example. That’s heavy.