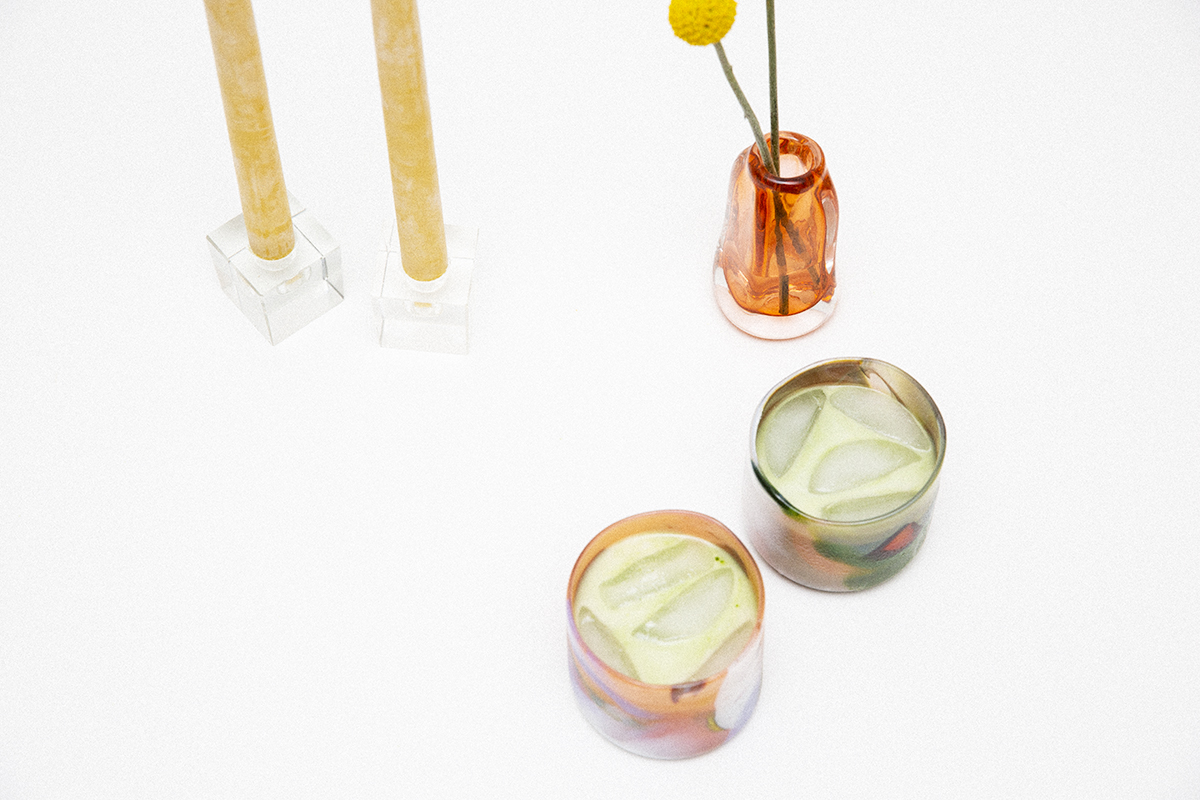 While I was in New York last month, I stopped to grab a quick coffee during my morning walk when something came over me and I decided to switch things up and order the matcha — not my MO. After I ordered, I immediately teeter-tottered on my decision, wondering if I made the wrong choice. RIGHT CHOICE! It was the best iced matcha latte I have ever had, and I sincerely I mean that. It was so good that I went back for more everyday that I was in town. I watched carefully as the barista made it each time, asking questions and taking notes so I could try to recreate this addicting green drink back at home. I thought for sure there would be some incredible secret that I would crack, but to my pleasant surprise there was not. What it boils down to was the homemade plant milk (they used a combination of oat and almond) and really good, quality, matcha tea — that’s it. I left New York with a new insight into the simple art of matcha, a small sampling of the best ceremonial grade money can buy (no really!!), and a dream.

I’m happy to report that my matcha-at-home trials have been highly successful. I make a fresh batch of homemade almond milk every week — there’s a how-to in my Instagram highlights. I’ve also made a new friend during this journey. His name is Ian Nelson and he’s the Founder of Man Eating Tiger, a small, single sourced, straight out of Japan, raw, ceremonial matcha company in New York. He’s here to answer all of your matcha related questions and share his favorite way to enjoy matcha and mine! The only difference between the way we matcha is the milk we use.

A little background on the history of matcha:
“There are a lot of varying stories on the history, but I believe the original matcha came from China in the 9th Century and it wasn’t actually used as a tea, until around the 12th Century, when Buddhist Monks in Japan found that the weather and terrain conditions in the temple precincts in Kyoto made it possible to start growing their own matcha. Eventually the Shogun made it possible to allow more tea gardens in Uji, and here we are today.”

Why matcha?
“Matcha is naturally caffeinated, but not to the level of coffee. So in other words, it will wake you up and make you feel energized, but in a nice, calming way. Whereas coffee will slap you in the face and get your heart and brain racing. Also matcha is the equivalent of several glasses of green tea in terms of antioxidant benefits and nutritional value.”

How to choose a quality matcha?
“I would look at color and smell. There is a lot of saturation in the market and mislabeling, so its easy for people to get confused about what they are buying, and also a problem for me who sells actual quality, ceremonial grade matcha. The biggest indicator obviously is if it’s yellow or almost brown. That means it’s not good. Some companies aren’t even selling matcha, they’re selling either green tea mixed with a bunch of let’s say ‘stuff’ or dying the powder so it’s like neon green. [Laughs] There are two overarching levels: culinary and ceremonial. In America, there is a third level which is kind of made up called ‘premium’. In Japan, culinary grade matcha is supposed to be the whole plant, including stems and everything ground up by a machine. In America, they call that ‘premium’, or often it will be mislabeled as ceremonial. In America though, culinary grade is like some weird green baking powder crap. [Laughs] In Japan, there are three levels of ceremonial grade. Ours is second level. Just to simplify, any type of ceremonial grade matcha is supposed to be the top leaves of the matcha plant, hand-picked and hand-ground, seasonally. I went with our matcha because I actually don’t like bitter tasting matcha. We get it from one of the oldest, small family farms in Japan exclusively. I will say in the age of the Internet, it’s a good thing and a bad thing. The good thing is more people see your product. The bad thing is everyone gets to see the hundreds of thousands of other people’s products, too. So it’s difficult to actually know what’s real or not, before you buy online. Especially if you look at Amazon, and I can tell you some of those brands are just 100% mislabeling.”

Tools needed or that you recommend?
“On the books, I would recommend a regular bamboo whisk. Ones that have a higher bristle count and that are curled at the end are sturdier. I recommend the darker colored/purple whisks, as those seem to last longer. Also, I would suggest not to leave it in the plastic container and to clean it with hot water. When I started, the generic whisks I bought for shops would break like every month, so that’s why if you go traditional, better to invest in a quality whisk. Off the books (not really), and at risk of being yelled at by matcha snobs, I actually think a tiny egg whisk or electric coffee whisk is quicker and easier because the goal of whisking is to get the concentrate to bubble up before making the drink. I prefer using Oatly milk if making a latte, but the best way to really drink it is straight hot or iced with no milk.”

How to store / preserve matcha?
“100% always put your matcha in the refrigerator for freshness and taste.”

Tell us about Man Eating Tiger.
“The name Man Eating Tiger actually came about because I was watching The Darjeeling Limited, and in it Anjelica Houston said there is this man eating tiger eating villagers. So for whatever reason in my head I was like, ‘wow, that’s a great name for something’. Before matcha turned into a craze, I was just looking for wholesale matcha to put into a bag, but it was either insanely overpriced or didn’t taste good. Anna Williams, who designed the label, was doing art murals at the time, and I pitched it to her friend’s parents The Zhu’s. Joan Zhu makes really good Asian food and knew all about teas, etc. and by coincidence they happened to be going to Japan the following week. So when they came back, they brought all this matcha with them. It took a while to really find the right one and during that year matcha really popped off. Finally, when we solidified a deal with the farm in Japan, I went knocking on doors all around NYC, in the snow, in the heat, in the rain. It became like a one man sales / delivery service and I was competing with million dollar tea companies, some of whom had contracts with coffee shops. I had to convince the shops to go with a slightly more expensive, but much higher quality product. Given rent rates here, you can understand the hesitation. However, the catch is that you wouldn’t serve bad coffee, so why would you serve bad matcha? And if a customer who doesn’t really know about matcha orders it and likes it, guess what? They will order it again as opposed to one and done matcha customers. Eventually, thank God, it grew to the point where I literally couldn’t do it myself, and so now my distributor CLW/Barista Underground does our 16oz. wholesale orders.”

On his matcha latte recipe:
“This is my favorite way to enjoy it. I would suggest 5 grams of matcha in a bowl. Add a tiny dab of raw honey. Pour in around 1 ounce of cold water — cold water is better in terms of making it as a latte because our matcha is finer than others on the market. If making it regular without milk, then I would use hot water. Whisk it thoroughly in the bowl until it is all bubbled and fizzed up. I prefer using oat milk — it’s the best milk to use in my opinion. Then just pour the concentrate into the milk (approx. 8 ounces depending on your strength preference). If necessary, just stir it in after it’s poured. Add ice, if desired.” 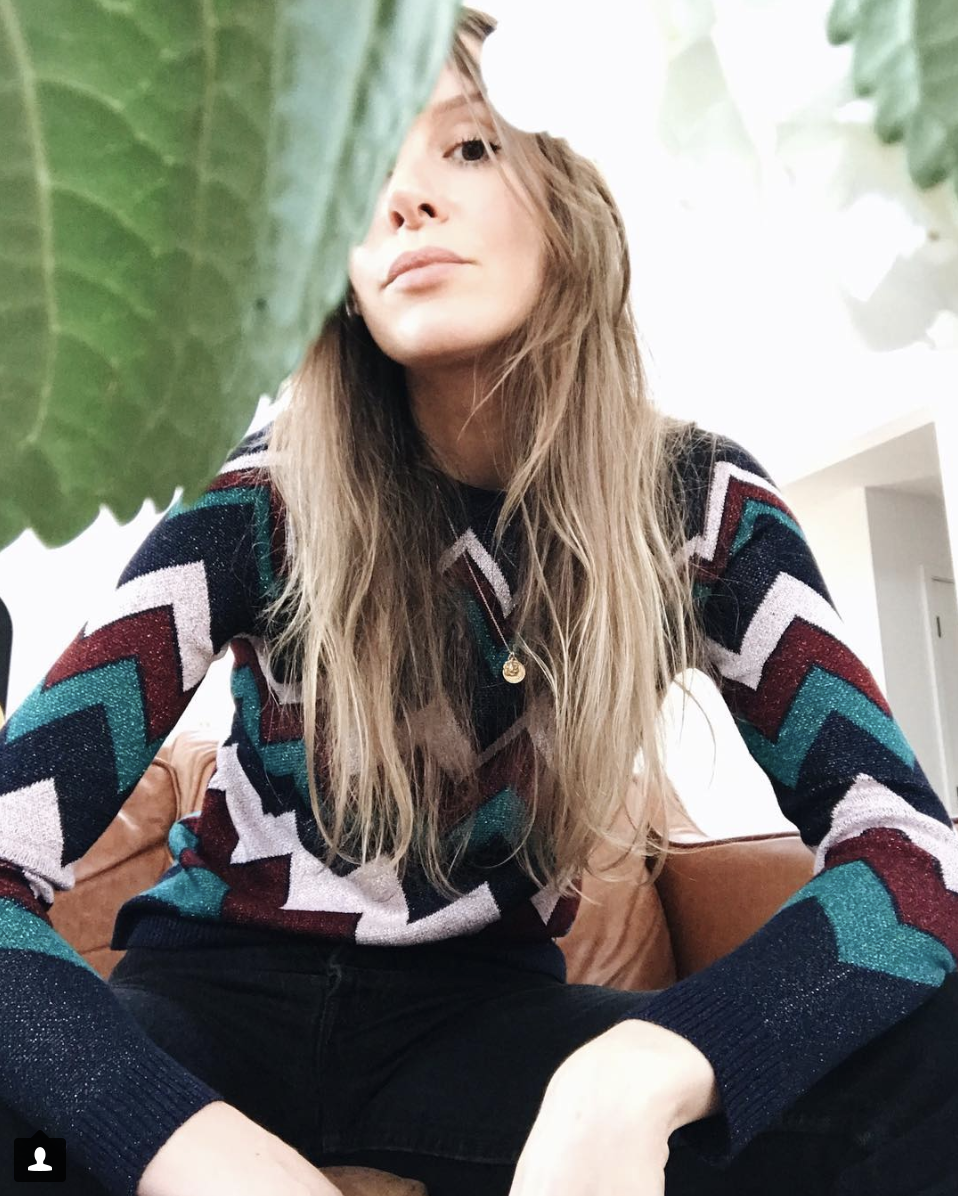